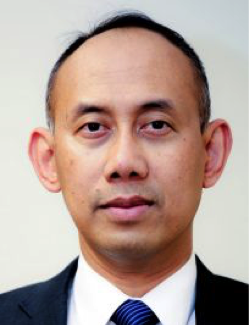 Mr. Iwan Freddy Hari Susanto is Charge d’Affaires (Deputy Chief of Mission/Minister) at the Embassy of the Republic of Indonesia in Washington DC.

In the Ministry of Foreign Affairs, he was assigned at various offices such as in the Directorate of East Asia and Pacific Affairs and the Directorate General for ASEAN Cooperation.

He received his Master’s Degree in Foreign Affairs and Trade at the School of Business and Economics, Monash University, Australia, and Bachelor’s Degree in International Relations at Airlangga University, Indonesia.

He is married and has one daughter.