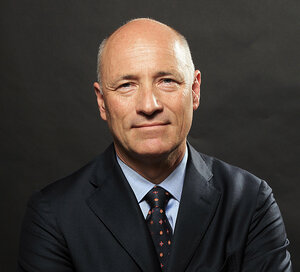 Ambassador Weiss was born on December 31, 1962, in Innsbruck, Austria. He started his career in the Austrian Foreign Service in 1990.

Throughout his career, he held several postings in the United States: He started as a Human Rights Attaché for the Austrian Mission to the United Nations in New York in 1991, held the positions of Political Counselor, Counselor for Congressional Affairs and Public Diplomacy and later Director of the Austrian Press and Information Service at the Austrian Embassy in Washington, and most recently served as Austrian Consul General in Los Angeles from 2004 to 2009.

Ambassador Weiss took up his duties as Head of Mission in Washington, DC on November 1, 2019.

since November 2019
Austrian Ambassador to the United States

1994
Association of Austrian Industry, Campaign for Austria’s referendum in favor of joining the European Union

1990
Department of the Americas, Federal Ministry for Foreign Affairs

« HE the Honorable Arthur Sinodinos AO
HE Nestor Forster, Jr. »