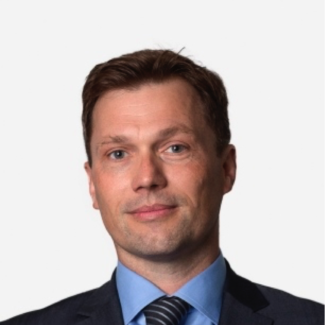 Lars Gert Lose is the current Ambassador of Denmark to the United States. Prior to arriving in Washington he held the position as Permanent Under-Secretary of State, where he served as Chief Adviser on Foreign Affairs to Prime Minister Helle Thorning-Schmidt.

Ambassador Lose has had a long career within the Danish Foreign Ministry. He started his career in 1997 by becoming Head of Section in the EU Coordination Office. Since then, he has held a range of high-level positions within the MFA: such as Private Secretary to Minister for Foreign Affairs Per Stig Møller (2004-2008) and Head of the Foreign Minister’s Office (2008-2011).

August 2015:
Ambassador of Denmark to the United States, The Embassy of Denmark, Washington DC, USA

June 2008:
Head of Department, Head of Foreign Minister’s Office including Chief of Public Relations (as of March 2010 for Minister for Foreign Affairs Lene Espersen)

May 1997:
Head of Section for EU Coordination Office

May 1997:
Employed at the Ministry of Foreign Affairs

The Ambassador is married to Ulla Kølvraa Rønberg and they have 3 children.

« HE Karin Olofsdotter
HE Cho Yoon-je »