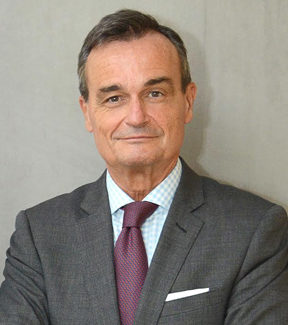 Mr. Gérard Araud, 65, a career diplomat, was appointed Ambassador of France to the United States in September 2014. He previously held numerous positions within the Ministry of Foreign Affairs and International Development, notably including that of Director for Strategic Affairs, Security and Disarmament (2000-2003), Ambassador of France to Israel (2003-2006), Director General for Political Affairs and Security (2006-2009), and, most recently, Permanent Representative of France to the United Nations in New York (2009-2014).

Over the course of his career, Mr. Araud has developed specialized knowledge in two key areas: the Middle East and strategic & security issues. As regards the latter, he was the French negotiator on the Iranian nuclear issue from 2006 to 2009. In New York, at the Security Council, he notably contributed to the adoption of resolutions on Libya (#1970 and #1973), Côte d’Ivoire (#1975), the Democratic Republic of Congo, Mali and the Central African Republic, and participated in debates on the Syrian and Ukrainian crises.

He has written numerous journal articles, including recently in “Commentaire,” two on the outbreak of WWI and one on the French foreign policy between 1919 and 1939, and another in “Esprit,” on the search for a new world order. He just published an article about the Treaty of Versailles.