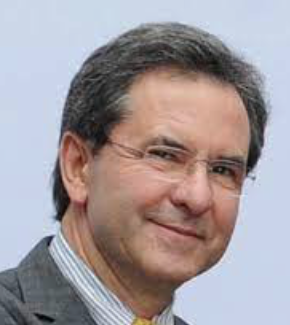 Ambassador Moctezuma was appointed Ambassador Extraordinary and Plenipotentiary of Mexico to the United States of America by President Andrés Manuel López Obrador. He was ratified by the Senate of the Republic in February 2021 with 115 votes in favor of 116 attending senators.

Regarding his career in civil society, he served as Executive President of Fundación Azteca (2001-2018); promoter of the System of Children’s and Youth Symphony Orchestras Esperanza Azteca (2009-2018); trainer of Youth of Excellence through the Bicentennial Generation Scholarships (2010-2018); promoter of the program for the conservation of natural protected areas ¡Que viva la Selva Lacandona! (2004-2018); responsible for the campaign Limpiemos nuestro México (2009-2018); member of the Board of Directors at the Mexican Foundation of Health (2004-2018); President of the Board of Trustees of the National Institute of Public Health (2011-2015); Assembly Member at the National Council to Prevent Discrimination (2013-2017); Vice President of the organization “Entrepreneurs in Basic Education” and President of “Social Commitment for the Quality and Equity of Education”.

Ambassador Moctezuma has been a columnist for several Mexican newspapers and has written several books.