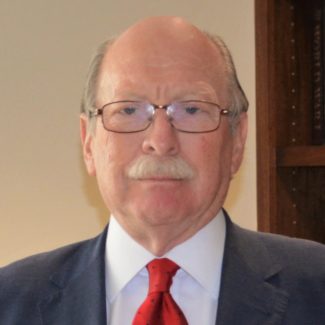 In May 2017, President Juan Manuel Santos appointed Camilo Reyes Ambassador of Colombia to the United States.

Prior to being named Ambassador, Reyes was Executive Director of the Colombian American Chamber of Commerce – AmCham Colombia. Over his more than 35-year career, Reyes has held leadership positions in both the public and private sectors.

A career diplomat and multilingual specialist in international negotiations, Reyes most recently served as Vice Minister of Foreign Relations from 2003 to 2008. During that same period, Reyes was National Coordinator for the Ibero-American Summit, the Rio Group Summit, the Andean Community Foreign Policy Summit, the Summit of the South American Community of Nations and the Summit of the Americas. He was also the High Presidential Representative for establishing the Union of South American Nations – UNASUR – between 2006 and 2008, and from 2007 to 2008, he was Chief Negotiator for Colombia and the Andean community for the European Union-Andean Community Association Agreement.

On top of his extensive experience in promoting and developing international cooperation in bilateral, regional and multilateral arenas, Reyes has expertise in human rights, international humanitarian law and disarmament. He was the Chief Negotiator for the agreement between Colombia and the International Federation of Red Cross and Red Crescent Societies, and the agreement on the establishment of the Office of the UN High Commissioner for Human Rights in Colombia. In addition, he led the design and negotiation of the International Labour Organization’s Special Technical Cooperation Programme for Colombia. In the area of disarmament, he was President of the UN International Conference on the Illicit Trade in Small Arms and Light Weapons in All Its Aspects and of the Principal Committee No. 1 at the Treaty on the Non-Proliferation of Nuclear Weapons Conference in 2001, among other initiatives.

Reyes completed his postgraduate studies in Integration Law from the University of Prodeo in Rome, and he holds a degree in Diplomacy and International Relations from Universidad Jorge Tadeo Lozano in Bogotá.

« HE Cho Yoon-je
HE Dirk Wouters »