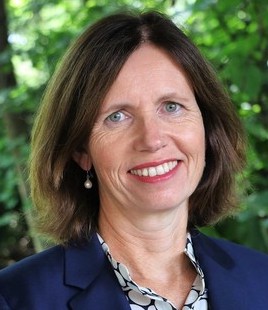 An expert in security policy, law of the sea and Arctic issues, Amb. Krutnes has served with the Norwegian Ministry of Foreign Affairs since beginning as a trainee in 1994. In her previous position with the Ministry, she served as Deputy Director General of the Department of Security Policy. Before that, she was Norway’s Ambassador for Arctic and Antarctic Affairs.

Amb. Krutnes has had postings in several European countries, including ambassadorships of the Netherlands and Luxembourg. She was recently a member of the UN Group of Governmental Experts on Advancing responsible State behavior in cyberspace in the context of international security.
She holds a Master of Laws from the University of Oslo and a Master of Science in Economics and Administration from the Norwegian School of Economics, and has also studied international management at Universittá Luigi Bocconi in Milan, Italy. Amb. Krutnes is married and has three adult children.